Elephant Rock Mountain and things you should discover 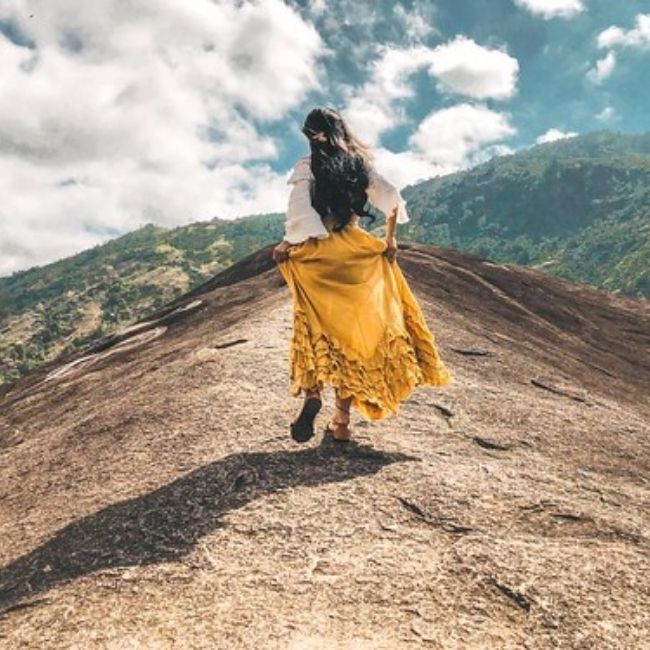 Located in Yang Tao commune (Lak district), far from the city center. About 40 km from Buon Ma Thuot along Highway 27, Da Voi Mountain stands tall in the middle of the mountains and forests, bringing with it thrilling and mysterious legends. 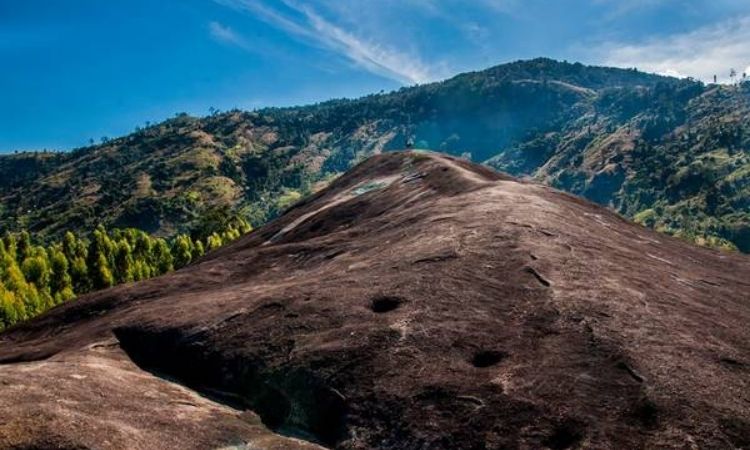 It is estimated that Mother Elephant stone has a length of about 200m, the circumference at the foot of the rock is about 500m, about 30m high and weighs thousands of tons. This is the largest monolith in Vietnam.

From the ground, it only takes about 15 minutes to reach the highest peak of the rock by climbing over gentle slopes. From the top of Mother Elephant rock, you can observe many landscapes in the region such as: Yang Reh lake and Chu Yang Sin range – the roof of the Central Highlands.

Although it is not difficult to get to the top of Mother Elephant rock, you have to be very careful because on the rock there are very few places to cling. On strong wind days, climbing to the top of Mother Elephant rock is quite risky because the climber can be swept away by the wind. Couples who love each other often sit on the back of Elephant rock to date and exchange vows. curse, pray that the stone god will protect their love. People who are heartbroken or have no lover often come to tell the stone god about their story and believe that the stone god will understand and help them find their “half”.

5km away, Elephant Cha rock is located in the middle of the valley, facing the mountain ranges, at the foot of the rocky mountain, green grass, bees and butterflies fluttering, creating a beautiful natural scene. Da Voi Cha was originally in the North, facing Lak lake but after only one night, people saw it lying in the middle of a vast rice field, next to which there are still two long ditches believed to be the path of the island. stone. It is believed that these two stones move to get closer to each other. Father Elephant Rock has a smaller size than Mother Elephant Stone: about 70m in length and about 180m in circumference. 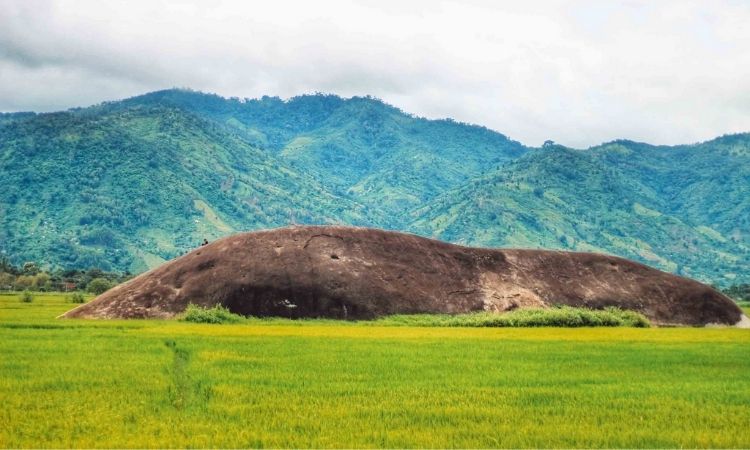 Follow the main road to Da Voi Mother for another 8km, you will reach Da Voi Cha. This not too far distance brings me a lot of surprises because the scenery on both sides of the road is really very beautiful with the vast stretches of rice fields, intertwined with low and low rows of yellow flowers. majestic mountains and immense Lak lake, all blend together to bring a very poetic, very loving, very Vietnamese scene, so much so that just looking at the picture, you cannot tell which province this is in nah.

The way to Da Voi Cha is a bit difficult because this rock is located in the middle of the fields and is hidden behind a village of the Ede people. Small roads are filled with rice and to get to Da Voi Cha, you have to go up there. This is completely normal and the Ede people allow you to go up, but try to drive to one side of the road to avoid maximum impact on their drying activities.

To go up to Da Voi Cha, you have to follow the small paths of rice fields. Try to keep your balance well to avoid getting your shoes and clothes wet. Cha Elephant Rock is much smaller than Mother Elephant Rock, but the climb is also quite difficult (requires your shoes to have good adhesion) and the beauty of climbing to the top of Da Elephant Cha is also very different from the feeling that you have. Stone Mother Elephant brings. Around Da Voi Cha, there are immense green rice fields, stretching to the horizon, giving travelers many indescribable emotions.

Da Voi Mountain is one of the places that attracts a lot of tourists. When you come to Dak Lak, you must visit this place once!